THE END OF THE ROLL FOR TUMBLR 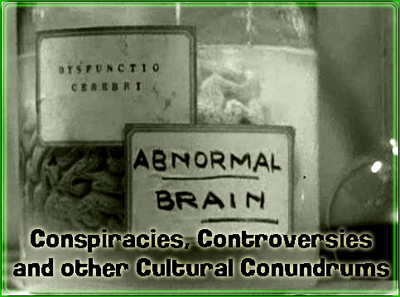 "All animals are equal, but some animals are more equal than others." - George Orwell, ANIMAL FARM

Those of you who are regular readers of this blog know that I only occasionally infuse my posts with opinion other than commentary regarding film criticism and how much (or how little) I like a certain book or 'zine. I try to limit any other views as much as possible and attempt to stay on track by sticking to the social relevancy regarding the topic; after all, it's hard not to when one is writing about popular culture.

But after hearing the news about Tumblr removing "objectionable" content from its site, I just can't keep my thoughts to myself. After a quick look around on the web, it seems like many others can't, either.

Here's the gist of it: Reported in The New York Times, Tumblr announced that, starting Dec. 17, what it calls “adult content” will no longer be allowed on the website. The company, which is owned by Yahoo, is defining adult content primarily as photos, videos or GIFs that “show real-life human genitals or female-presenting nipples, and any content — including photos, videos, GIFs and illustrations — that depicts sex acts.” (Tumblr will continue to allow images of breast-feeding and nudity in art.)

How does this affect me? I asked myself. I often use Tumblr to search for photos and other visual content for MMW, including the many GIF's that you see on the sidebars of the blog roll. Now, I don't make it a habit to visit said sites, but its unavoidable when searching for pictures of scream queens and the like. Even my latest themed topic, Goth Couture, has a fair share of beauties who bare a little more than their decolletage.

However, thinking of the larger picture, I realized that this is only one more casualty in the march of censorship that seems be dead set on clear-cutting the landscape of what we have always perceived as our rights as consumers. As a libertarian in the matter at hand, I do understand that pornography has a dark side that is larger than any light that it can provide, but still, it seems that we are in retrograde in the evolution of our society. Another example of this dysfunctional phenomenon is the disturbing moves lately by radio and website moguls to remove independent voices from the airwaves and bandwidth of personalities such as Michael Savage and Alex Jones. I've also heard terms like, "Nazi" and "fascist" used quite regularly (and inaccurately, I might add) to describe individuals or groups that are disliked by another.

Let's face it, there are many things at play right now that seem to be turning our world upside down in the most Alice-in-Wonderland of ways. What is crucial to this news story, though, is that the decision by Yahoo to remove said objectionable material is because of Tumblr being pulled by Apple's app store after child pornography was discovered on one of its blogs. This reeks of the latest trend for media in particular, to respond with a knee-jerk reaction in order to address a single issue that ends up penalizing the majority. I'm all for removing truly illegal content from all forms of "entertainment", but at the same time believe in the term that is generally ascribed to the "Wiccan Reade", "Do what thou wilt, and harm none."

The question may be asked: "When will this all end?" I'm afraid the answer is "not anytime soon". The funny thing is, industries like pornography, which are ironically leaders in advancing many technologies, is very nimble; it will always find a way to seek its own level with whatever host it attaches itself to. Moreover, individuals who choose to express themselves with so-called "objectionable" content on their blogs will always find other resources to ply their opinions. There seems to already be an avalanche of Tumblr users rolling along to other platforms. Duh. The problem for me is, now I have to spend time tracking down where they all go to.

If I were to assign homework from this post, I would strongly suggest reading some history about who the Nazis really were, as well as a more historically-accurate account of Hitler's regime. You will find it a helluva lot more terrifying than any assertions being made today. It might also be illuminating to find out exactly who these powerful media moguls are and on which side their political affinities lie.

I will conclude this commentary with a quote from Pastor Martin Niemöller (1892-1984) which seems to be gaining traction these days. His perceived freedom to speak during Hitler's rise to power wound him up in a concentration camp.

First they came for the socialists, and I did not speak out—
Because I was not a socialist.

Then they came for the Jews, and I did not speak out—
Because I was not a Jew.

Then they came for me—and there was no one left to speak for me.
Posted by: John at 9:55 AM