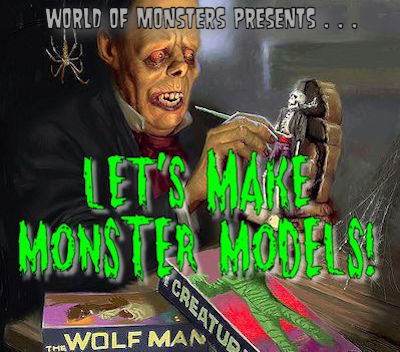 Admittedly, I'm not a huge fan of the FRIDAY THE 13TH feature series, but I do think the first film is an all-out modern horror classic and Michael Myers is one spooky fella. That's why I'm gettin' in line for my Michael Myers plastic model kit, soon to be re-issued by Moebius Models.
Originally produced by the now-defunct original Polar Lights (bought out by Round 2), a new batch is ready for pre-order from the usual retail and online suspects.
Kit features:
Suggested color palette: 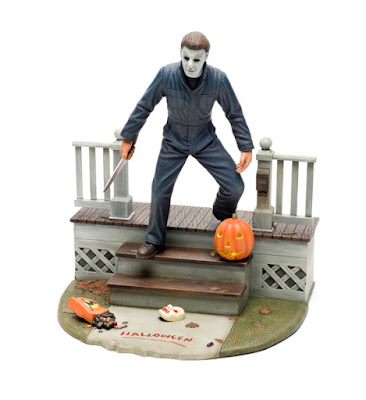 Moebius Michael Myers from Halloween
By Jeff Lamott | February, 2017 | finescalemodeler.com
Moebius Models recently reissued Polar Lights’ kit of Michael Meyers from John Carpenter’s groundbreaking thriller Halloween. I’m a big fan of the movie — I’ve seen it countless times over the years — so I couldn’t wait to get started.
The kit consists of 39 injection-molded plastic parts and one lighting kit for the jack-o’-lantern. The parts are free of flash, and most of the ejection-pin marks are on inner surfaces; the only visible one was on the T-shirt, and it’s easily eliminated.
Assembly begins with head and neck. Diverging from the instructions, I found it easier to attach the back of the neck to the face before adding the back of the head.
I work in subassemblies, so I left off the collar/chest insert until Step 4. Then I installed it with the rest of the clothes. It also makes for easier painting.
The hands and arms went together without problems, but I added a dab of filler to the palms. I left the knife loose for painting and discovered I could slip it into Michael’s hand without glue later.
To paint the hands separately, I removed the disks that lock them into the arms. Then I could slide them into place at final assembly. I used Testors tube glue to construct the large parts of the figure because it dries slowly, allowing ample time to align parts for optimum fit.
Parts fit throughout impressed me, with most seams needing only a little sanding for cleanup. Michael’s arms and legs fit together flawlessly.
I used just a bit of Vallejo Plastic Putty around the color/chest insert; after smoothing it with a damp brush, I didn’t even need to sand it.
I base-coated the main body with black primer; the rest was primed white.
I assembled all of the display-base components next. The jack-o’-lantern needs special attention for the light. After removing a locating tab underneath, I drilled a 3mm hole to accommodate the LED. Then I sprayed the inside of the pumpkin gloss dark yellow and glued the halves together.
I thought the sides of the porch too smooth, so I roughed them up with 80-grit sandpaper to produce light wood grain. Likewise, the texture of the grass and concrete walkway seemed faint; I enhanced both with heavy dry-brushing and washes.
A discarded child’s mask and trick-or-treat bag complete the scene. I hand-painted a decoration on the bag, but a decal would have been a nice addition.
I spent about 20 hours on Michael, mostly painting, which I really enjoyed. I recommend this kit to anyone who is into large-scale figures and horror movies. It would be great for younger modelers (if parents don’t mind the subject matter.)
NOTE: A version of this review appeared in the April 2017 issue of FINE SCALE MODELER. 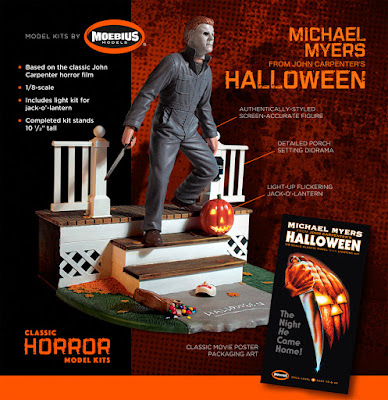 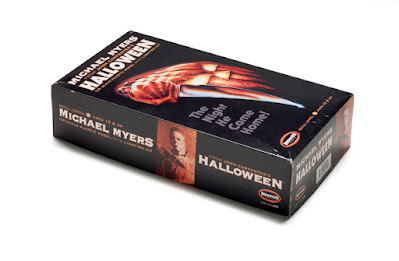 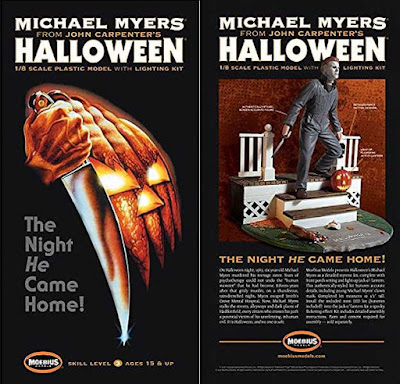 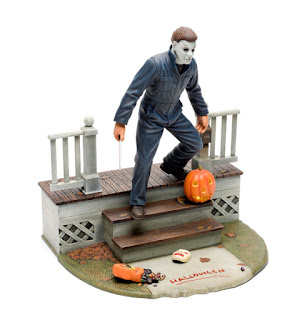 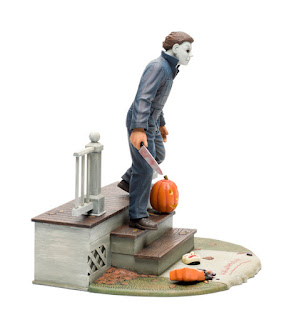 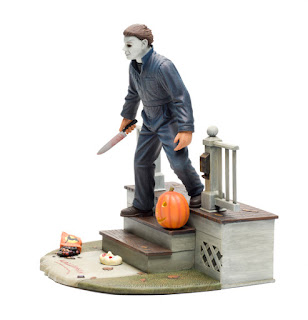 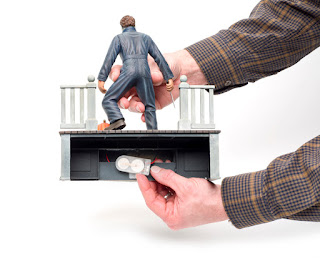