MICHAEL MYERS'S TOOLS OF THE TRADE 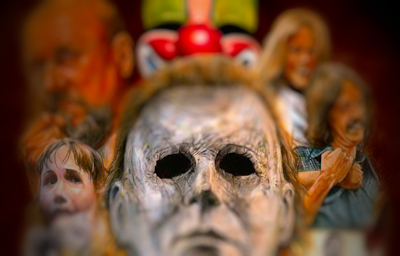 Using the term loosely, the September issue of PLAYBOY has an "appreciation" of the 40-year-old Michael Myers franchise. The short article is long on factoids about the film and a nod to the newest version of the series, eponymously titled, HALLOWEEN. In its one-column text, author Eric Spitznagel manages to not say much except to put a political spin on the context of the series, implying that the original and this, new version are the result of the the fear of Republicans in the White House (!). The sidebars are the good stuff and are full of info about Myers' methods of dispatching his victims. For instance, the original mask worn by "The Shape" was bought at a local Hollywood magic shop! 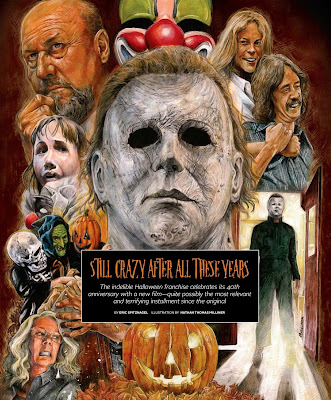 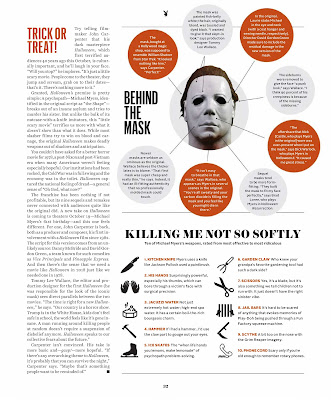 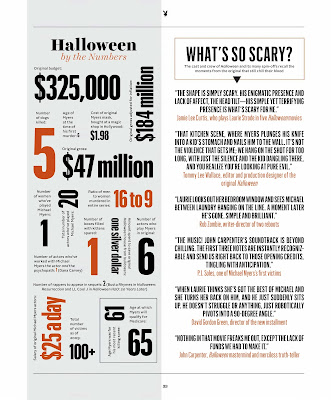 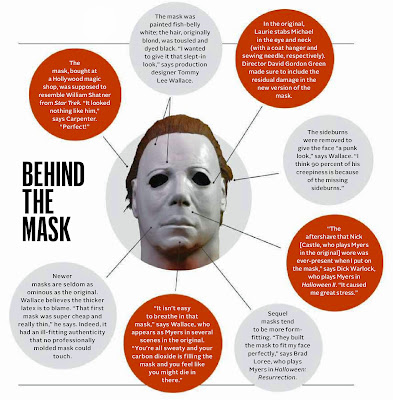 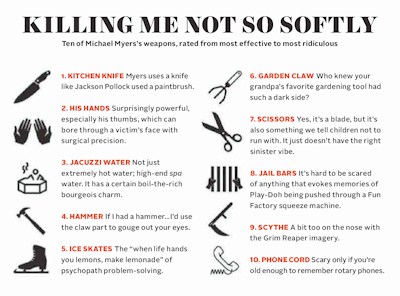 Email ThisBlogThis!Share to TwitterShare to FacebookShare to Pinterest
Labels: HALLOWEEN, IT CAME FROM THE MEN'S MAG, PLAYBOY