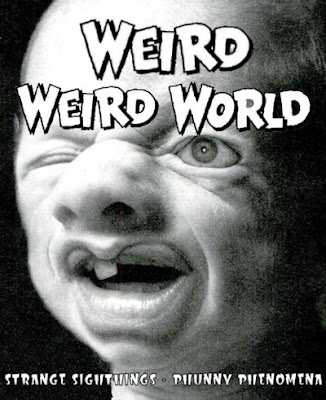 WARNING! GHASTLY REALISTIC DECAPITATION AHEAD!
Back in the 1970's, I went to a couple of Comic-Cons in San Diego. This is when Shel Dorf and Company were running the show. One year they offered paying fans to have breakfast with a notable personality in the field. By the time friend, "Hall of Flame" Doug and I signed on, we ended up with psychedelic kookster, Timothy Leary!
Leary was one of the remarkable personalities that populated the sixties in such great numbers. Scientist, philosopher, lecturer, and convict, he was most noted for his experimentation with LSD, enough to earn him the moniker, Acid King. He coined the phrase, "Tune in, turn on, drop out", and the rock group, The Moody Blues had a hit with their song, "Timothy Leary's Dead".
Well, the day came and we sat down with a number of other people and listened to Leary go on about his idea for a human "space migration" that went along with his "Starseed Transmisions", an exercise in group telepathy that he practiced while in prison. After he was done and breakfast was over, Doug and I had a good laugh at the "goofball" and decamped to the dealer's room to gawk at the tens of thousands of comics that were for sale.
On the year of his death (1996), a documentary was released on his life and included a startling segment where his "dead head" was removed from his body and cryogenically preserved per his wishes so that he might once again be earthbound and proselytize his outre designs for the world. The sculpted head used during the decapitation scene was so realistic that appalled viewers thought it was real.
Now this famous prop has come out of the freezer and put up at auction. You can see for yourself why this caused such a commotion at the time. 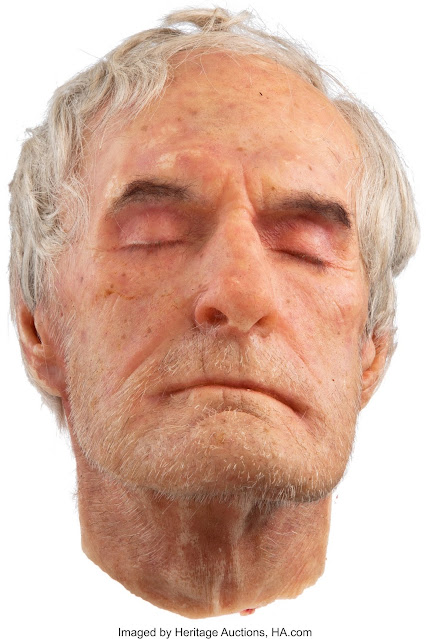 Lot Description:
Timothy Leary Hyper-Realistic Decapitated Head Prop and Production Materials from Timothy Leary's Dead (Davids & Mills Prods., 1996). Original life-size, screen-used Timothy Leary decapitated head prop constructed of cast silicone over interior skull armature. Meticulously painted down to every pore and freckle and individually hand punched hair, eyebrows, lashes and whiskers. All expertly fabricated and finished by FX master Steve Johnson and crew. This incredibly lifelike prop is highly visible in the scene at the end of the documentary when Leary, the pop culture icon, psychologist and psychedelic drug guru passes, and his head is separated from his body and placed in a container for cryogenic preservation. A scene so realistic, most audience members believed they were witnessing the real thing. The prop measures 11" x 8" x 10" and features viscera at the neck opening. This incredible prop is accompanied by interesting articles surrounding the controversial film, a photo of Leary sitting for his head cast, the movie's poster, signed by director Paul Davids and a DVD copy of the resulting movie. The head exhibits minor age and production wear. Some rubbing of paint to ears and neck. In otherwise, Very Good to Fine condition. Comes with a COA from Heritage Auctions. 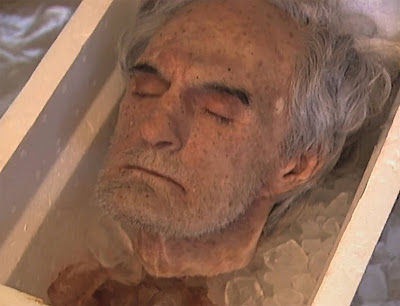 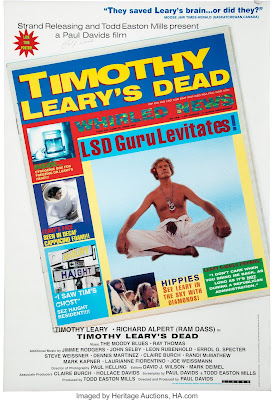 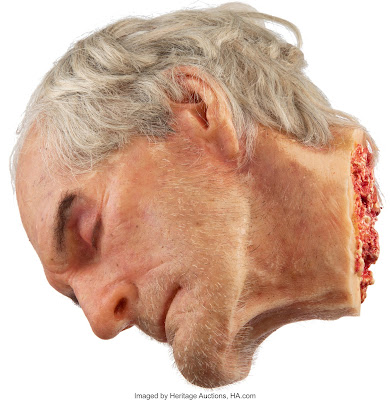 You can watch the documentary here. But be forewarned, the image looks like it was videotaped off a TV set with lousy reception.
https://www.youtube.com/watch?v=raNd50W-sFA
Posted by: John at 12:00 AM 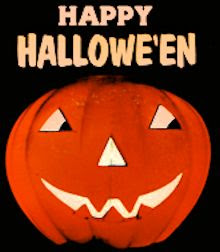