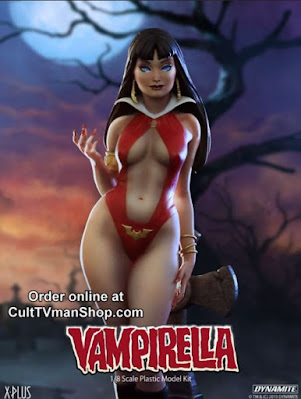 Those of us model kit builders or collectors who missed out on the original Aurora Monster Scenes Vampirella model kit now have the opportunity on what promises an even better Vampi kit coming this year.
The prototype from X Plus was recently introduced, complete with the individual parts (see illo below). I don't know who sculpted this, but whoever it was did a fantastic job on her figure and facial features. This looks like a can't miss for all fans of Vampirella.
Here's the 4-1-1 from the producer of the kit:
The X Plus Plastic Model series has begun at last!Out of a deep respect for the legendary plastic model creator "Aurora Plastic Company," Shonen Ric has decided to bring back a new Plastic Model series that still somehow takes you back to the old days.
The first member of this series is no other than the famous U.S. comic queen "Vampirella"illustrated by several different artists that have been well-known over the past fifty years thanks to her lasting popularity.
This 1/8 scale model features the comic queen striking a pose based on the box art of Aurora's 1/13 scale plastic model of Vampirella. The base features a tomb stone and two bats which really enhances her origin story as a vampire.
Retailing for $54.99, the kit is due out later this year and pre-orders are available at my two favorite monster model kit online dealers:
CULT TV MAN
MONSTERS IN MOTION 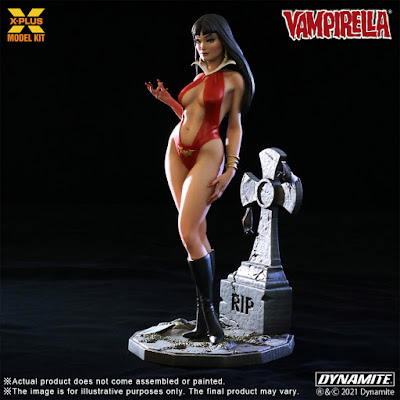 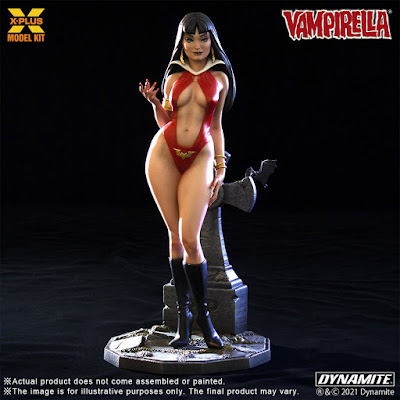 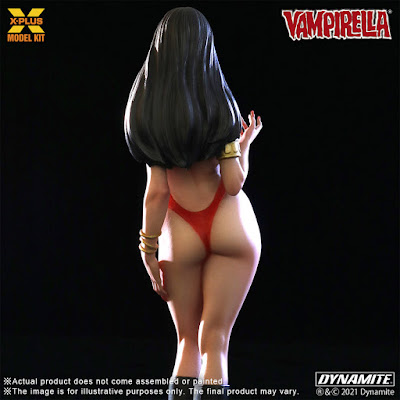 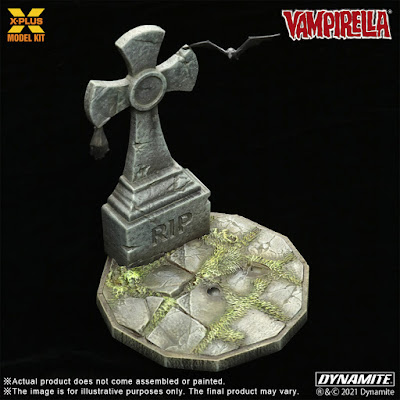