WHAT DO CUTE VERSIONS OF MONSTERS TELL US ABOUT HORROR? 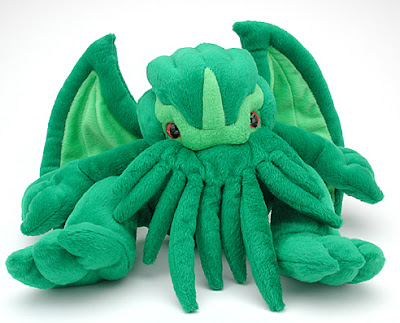 Popular culture has the natural and unflagging ability to constantly reinvent itself. Its chameleon-like nature is well suited to absorb the slightest influence which will, in turn, provide it the instinctual response to morph into something completely different (i.e. marketable) at a moment’s notice. Some would call this being fickle. On the other hand, industrious entrepreneurs find it to be a never-ending fount of opportunity. Resultingly, pop culture literally gives birth to a panoply of products; all geared to catch the eye of someone interested enough to spend a few bucks. Others take this pursuit seriously enough to call it “collecting”. Either way, it’s a vital economic thread in the fabric of the modern social structure and we are unlikely to ever see it disappear any time soon. Even in times of economic stress, pop culture offers the succor of entertainment as surcease to an otherwise unsure and sometimes depressing state of mind.

Horror films and monster movies are one element of pop culture whose genius loci can be found in the very beginnings of cinema history. Pioneers of the industry did not take long to make use of the fantastic and supernatural in their work. With recurring and iconic themes and images, filmmakers and auteurs made them indelible in the mind of the public as well as assure them and their creations a firm place in the annals of cinema history.

Not surprisingly, movie patrons have flocked to the theatres during nearly every period of horror cinema history, cementing a niche relationship between popular culture and society as a whole. It was only a matter of time until these films designed to frighten were utilized for laughs . . . 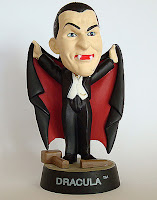 So, what about “cute” versions of monsters, and what do they tell us about horror? The answer, while obscured by the veneer of consumerism and the capitalist initiative, is not hard to see. But, then again, it is not so simple to explain. The question goes deeper, much deeper, actually, than just the Pixar films and toys that are so ubiquitous.

It may come as no surprise, but we humans have an intrinsic need to understand our environment, indeed, our relation to the cosmos and our very reason for existence. As a consequence, we fear that which we do not understand. We are uncomfortable, even frightened of the unknown. This forces us to not only come to an understanding about the things we are afraid of, but also cultivates an unerring need to conquer them. Vanquishment, then, seems to be another weapon in the arsenal called the human condition. Either that or we flee like frightened rabbits -- "fight or flight" as we have been told. 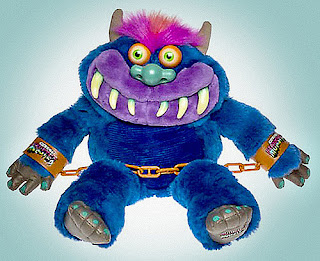 You have no doubt heard of the various psychological terms and tropes that abound in the discussion of horror, and horror films in particular. One of the more common explanations is that the viewer undergoes a catharsis, or cleansing process, while watching a horror movie. This can be accomplished with or without the suspension of disbelief. An observed horrific event followed by laughter is the healing balm against anxiety. It is, indeed, a medicine for melancholy. Relief can also be gained when there is a reconciliation of a natural event that has masqueraded as a supernatural one. For example, this effect was put to good use by the so-called “shudder pulps” of the 30’s and 40’s. Suddenly, we feel better when the bogey man turns out to be Uncle Harry in a monster suit.
This condition can be exponentiated to include what is termed “cute”. Probably the most glaring example of our need for the mentioned emotional reconciliation is the current (and ludicrous) propensity to humanize non-human objects. The proliferating belief of the transference of humanity to animals comes immediately to mind, and science continues to battle over the dichotomy of “feelings” and “impulse”. For instance, studies have shown that large eyes, such as those of harp seals, evoke a sympathetic response in humans. The word “nurturing” would not be lost here. A more extreme example is a story that was seen in 2008 in The Weekly Standard entitled, “The Silent Scream of the Asparagus”, that talked about a Swiss ethics panel arguing for the “dignity” of plants. This dizzying new relativist paradigm could then give new veracity to the phrase: “Don’t step on that spider, it might be Lon Chaney”! 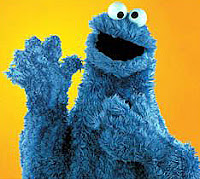 By relegating monsters to “cute” status, are we applying our need for this intrinsic emotional reconciliation? Or, to put it differently, are we finding a way to sympathize with a freak of nature or a thing-that-goes-bump-in-the-night? Maybe we are only simply trying to reduce our fears with the vanquishing of the element that makes the monster fearful, leaving nothing more than a sanitized version, a parody to laugh at and cuddle.

It would be cavalier, perhaps even irresponsible to ignore the deeper context of this question. There are, of course, a myriad of superficial discussions that could be exchanged for each serious one proposed. But, all one has to do is to take a look at any toy counter these days – you won’t find it hard to find the monster Little Big Heads, the Cookie Monster cookie jars, the plush Cthulhus, hard evidence of the patina of pop culture blinding us to the deeper complexities of their true purpose.

One thing is for certain: popular culture has commercialized our fears and turned them into one horrifying monster that every consumer can identify with -- the Cash Cow! Ultimately, I don't believe that cute versions of monsters really tell us anything about horror, per se. In actuality, they tell us everything about ourselves.

A NOTE TO MONSTER MAGAZINE WORLD READERS: This post is intended as a part of a "round table discussion" with other bloggers who are members of the LEAGUE OF TANA TEA DRINKERS. It is a part of a networked discussion. Other contributions to this topic can be viewed at the blogspots listed below. As always, please feel free to comment as you like.

LINKS TO MORE ON THIS TOPIC:

http://www.zomboscloset.com/zombos_closet_of_horror_b/2011/03/cute-monsters-and-identification-with-the-terror.html
Posted by: John at 12:01 AM

I find it interesting as well that people are often attracted to scenes of violence (car wrecks for instance) or natural "freaks" of nature (sideshows) in the same cathartic sort of way. Our entire culture has a very voyeuristic tendency to "oogle" at the horrific.