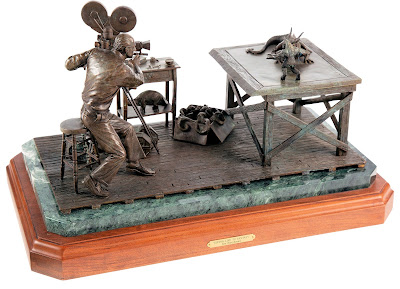 Readers of this blog know that I am a big fan of Ray Harryhausen. When I came across this at an auction site, I just had to share it.
Ray Harryhausen's stop-motion animation and imaginative subjects are beyond compare. The piece shown here is known to be the last work that he produced during his lifetime.
The bronze sculpture is titled, "Giving Life to Fantasy". It was originally limited to 12 pieces when it was first created in the early 1990's and then production cast in 2010. Included on this beautiful self-portrait are a number of his creations, including the Cyclops and Dragon from THE 7TH VOYAGE OF SINBAD, the giant octopus from IT CAME FROM BENEATH THE SEA, and the Brontosaurus from KING KONG.
The sculpture is mounted on a green marble and wood base with the entire piece measuring 19" x 11.5" by 11" tall. To fully appreciate this, click on the images for a larger size. A truly beautiful work of art! 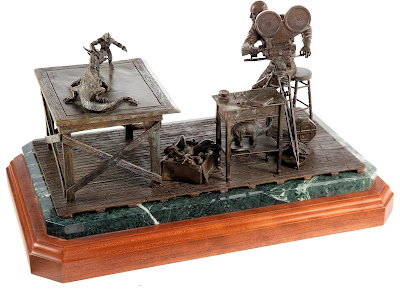 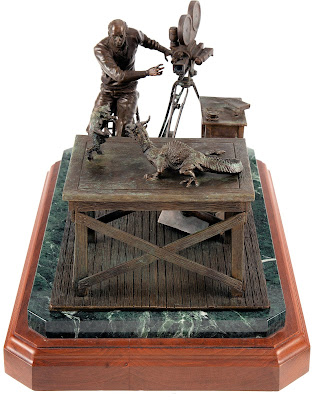 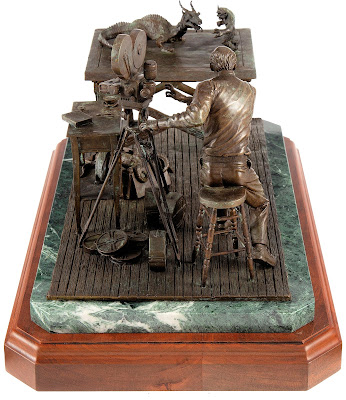 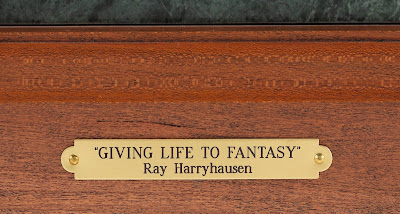